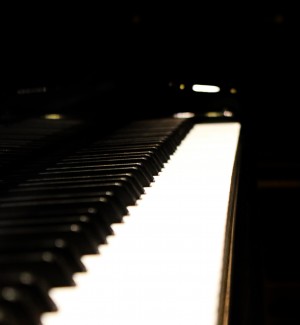 Memory is a curious business. The question of memorizing is a first and last one in all music teaching, learning and practicing. Unless one understands the nature of memorizing, one cannot learn merely the notes of a piece in the quickest and most effective way.

In other form of arts, they have their own way of memorizing, for example, dancers develop their muscle memory from hours of rehearsal and cues from the music; needless I say, memorizing lines is vital in being an actor. In the nineteenth century, playing from memory was in fashion – Clara Schumann, for instance, often dispensed with the musical score…. when Clara Schumann played without music, people exclaimed, “Look at her! She can’t even read music! Why doesn’t she use the music?” And now it is an inseparable part of the business.

The great English pianist, Tobias Matthay once noted, “In the case of memory, each note and chord you play, must be made to suggest the next note or next chord, etc. And unless you have made a perfect chain of such suggestion-connections, you do not remember and cannot remember any piece – or anything else.” Here Matthay suggests the importance of ‘making associations’. Through connections we remember things much easier. However, despite making endless connections in the mind, every pianist must have experienced the dreaded, nightmarish memory lapse in their performance in all their life’s it is like being a goalkeeper on a football match; it is rather impossible for a goalkeeper to block all the goals when they are on the pitch.

When performing, you must allow your consciousness to flow in the mind. The moment you begin to doubt your memory’s capacity, the moment you stop the flow of your mind, or simply, lose concentration; your mind will seem to be a blank as to what comes next.

It is similar as to recognizing the way going back home. Take a moment and experiment it yourself, consider, for example, aspects of your daily routine? If you are at home, try and think of the route to work; or if you are at work, try and think of the way back home, with every street and every detail. You probably found that a difficult task? If you were asked to write down the route, I’m sure you’d find it almost impossible!

British pianist Stephen Hough just finished his recital in Sydney where he performed Scriabin’s Sonatas no. 4 and 5 from memory and yet, his own his own composition broken branches, a sonata for piano in 16 movements was performed with the score. He then explained that, works from the established repertoire are amenable to memorization through recordings, live performances and the sheer length of time over which they have been heard. He also commented that, established repertoire is more predictable in form, modulations and patterns and therefore easier to memorize. Rules of composition are followed. Contemporary music embraces greater freedom with regard to form with less predictable patterns – the case in point being Hough’s own piano sonata, with its convention defying 16 movements.

Personally, I believe the memorization routine must differ with each individual, and with the nature of the piece to be memorized. However, there are already a numerous elements in memorization gained a wide recognition:

This memorization method includes eye-memory of the page, in other words, being able to see the page in front of you when performing; and eye-memory of the keyboard progressions and combinations. Therefore being able to visualize how each finger and movement moves in front of you without sitting at the piano. Practice away from the keyboard - sit away from the piano and test yourself: can you remember the various finger movements?

This divides into melodic, harmonic and modal memory. Recognizing the sound in the melodic line and the harmonic layers in the chord; the modal memory requires sensitive recognition of keys by ears etc.

Understanding each individual section, i.e. knowing in the exposition of a sonata form (major key), the second subject is usually in the dominant key of the first subject; recognize and memorize the modulation, analyse the chord patterns and the harmonic progressions of the piece.

Muscular memory comprises the sense of the place and movement from note to note, the traveling of spaces on the keyboard and the sense of muscular movement – the muscular sensation. However, I must hasten to add, it is here where the trouble often begins. Finger memory or muscular memory is the most dangerous method and often unreliable.

Apart from the usual method, in addition there is also a passive memorization method by Suzuki, where music is played to learners as they fall asleep. But we have to consider a few things before making a decision about performing from memory: Is using a score like performing with a safety net? If playing by memory makes one feels nervous, and that makes one plays worse, what’s the point of that? Some pianists feel freer when they play from memory. But in general, the audiences are more interested in the skill and creativity of the performer, than in whether the performer is using a score or not!