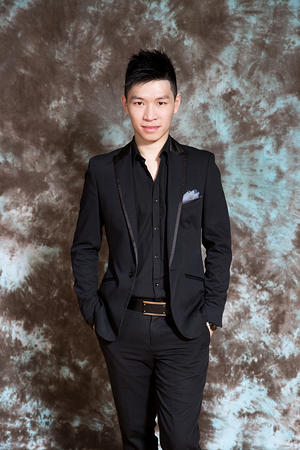 “Blanc Wan is an accomplished young artist with much potential.” – Leslie Howard

“I am impressed with the thoroughness and ambition in his approach to music. He is a remarkable pianist.” – Bryce Morrison

Blanc Wan has established a profile as a pianist, musicologist and educator. His recitals and radio appearances have included over a hundred performances across Europe, Asia, USA and throughout the United Kingdom. He was a Governor of the Royal Northern College of Music, is the Chairman of Hong Kong International Pianists’ Association, a Grant Examiner of the Hong Kong Arts Development Council, and Artistic Director of the Hong Kong International Piano Conference. Blanc Wan holds fellowships from the Royal Society of Arts, Royal Schools of Music, London College of Music, and Higher Education Academy. He was elected as a Young Steinway Artist in 2011.

Graduated from University of Oxford, Blanc Wan received his PhD from King’s College London. Whilst a student he won a number of major piano awards; the F.J.P. Drake Memorial Award, the McLusky Challenge Award as well as the Celia Morris Gold Medal. He was also awarded the First Prize in the British International Federation Music Competition and subsequently, was a prize winner at the Euterpe International Piano Competition in Italy.

Blanc Wan has broadcasted extensively on radio networks such as RTHK and other overseas services, and has given many highly acclaimed recitals throughout Europe, Asia and North America including the Czech Republic, Germany, Hong Kong, Hungary, Italy, Spain, United Kingdom, United States and a recital in Poland to mark the 200th anniversary of Chopin's birth in 2010. His Germany recital debut was praised by the newspaper Der Odenwalder Zeitung as having ‘A very high musical sensibility’ and as ‘an artist who inspires his audiences in his music’. His solo recital in the Czech Republic also received critical acclaim from the press, where his playing was described as ‘brilliant, his performance exudes both excitement and elegance.’ The former Editor in Chief of The Pianist magazine, Blanc Wan has published interviews with most of the world's greatest pianists including Lang Lang, Dame Fanny Waterman, Jörg Demus, Leslie Howard, Peter Donohoe, Marc-Andre Hamelin, Pascal Rogé, Pascal Devoyon, John Lill, Peter Frankl, Jean-Efflam Bavouzet and Stephen Hough, among others. He has been invited on the juries of many prestigious piano competitions in Asia including the Hong Kong (Asia) Youth Piano Competition, Hong Kong International Piano Open Competition, as well as Asia Pacific Youth Piano Competition.

As a musicologist, he has given papers at various seminars and conferences in the UK and abroad, and has received research grants and awards from the Royal Musical Association, the University of London, as well as the British Library. His current research focuses on the self-perceptions of contemporary Russian pianists, as well as the globalization impact on Russia’s educational structure and its performing tradition. Blanc Wan was the 2015-2016 Edison Research Fellow at the British Library. He has held academic positions at Goldsmiths, University of London, as well as King’s College London. He has given masterclasses in Germany, Hong Kong and the United Kingdom.